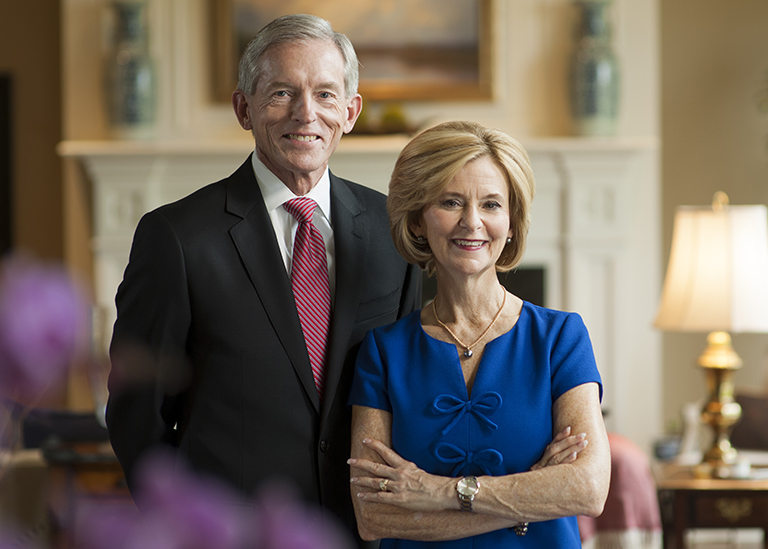 Mother to Debbie Jones, Tish Smith was diagnosed with younger-onset Alzheimer's disease at the age of 62. During her illness, she participated in a clinical trial by the National Institutes of Health (NIH) — an experience that introduced her family to Alzheimer's research and inspired their determination to help move dementia science forward. "I promised my mom I would never forget what this disease did to her and our family," Debbie says. "I vowed to do everything I could to make a difference."

Debbie has been involved as a donor and volunteer with the Alzheimer's Association for nearly 20 years, serving as a board member with the East Central Iowa Chapter and on the National Board of Directors. In 2014 she and her husband, Clay, pledged a Zenith Society-level gift to the Association, with a significant portion dedicated to support early-career scientists through the International Research Grant Program.

In 2016 the couple became co-chairs of the Association's Zenith Society, motivated by an exciting acceleration in Alzheimer's research and the belief they can make a profound difference in their lifetime. "After several decades of investment in science, we have the foundational building blocks," Clay says. "It's like a Rubik's Cube: The pieces are there; we just need to provide the funding so scientists can rearrange them and come up with a solution."

"We feel that we're on the cusp of something really important in terms of prevention and treatment for Alzheimer's," Debbie says. "We're getting close, so it's time for all of us to do whatever we can."