Extending the Longitudinal Evaluation of Amyloid Risk and Neurodegeneration (LEARN) study will provide a fuller picture of factors independent of amyloid build-up that may drive cognitive decline in Alzheimer's. 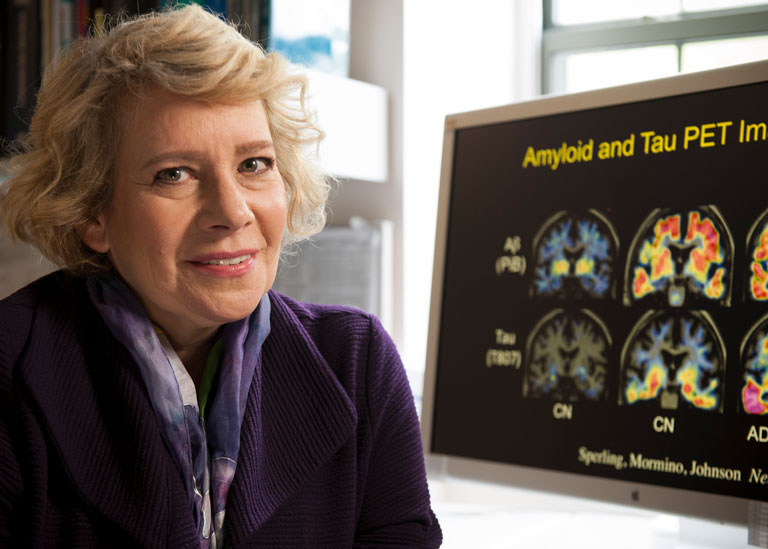 Extending the Longitudinal Evaluation of Amyloid Risk and Neurodegeneration (LEARN) study will provide a fuller picture of factors independent of amyloid build-up that may drive cognitive decline in Alzheimer's.

What happens over time to the cognitive skills and abilities of older adults who show little to no physical brain changes characteristic of Alzheimer's disease? The accumulation of amyloid plaques in the brain is a major hallmark of Alzheimer's disease. Some people will develop plaques and later experience cognitive decline while others will develop plaques but remain cognitively healthy. Similarly, some people experience cognitive impairment despite never developing plaques. A variety of modifiable and non-modifiable factors may contribute to these differing outcomes.

The LEARN study is designed to answer that important question. Longitudinal Evaluation of Amyloid Risk and Neurodegeneration (LEARN) is a companion to the groundbreaking Anti-Amyloid Treatment in Asymptomatic Alzheimer's Disease (A4) study. A4 seeks to prevent cognitive decline by administering an experimental drug therapy, solanezumab, to more than 1,100 people with elevated levels of brain amyloid. In 2014 Alzheimer's Association supporters gave $8 million to enable the A4 research team to observe more than 500 clinically normal older individuals who "screen-failed" for A4 because they did not have elevated amyloid accumulation in the brain. By monitoring the cognitive, clinical and biological changes that occur in both cohorts, the researchers aim to develop risk profiles and biomarkers for Alzheimer's the way the Framingham study did for heart disease . This would enable individuals to modify their lifestyle or seek medical care before irreversible brain changes occur.

The A4 researchers will also gain new insights into the role of tau tangles in Alzheimer's. Tau protein tangles are the other major hallmark of Alzheimer's, and a growing body of evidence suggests they are more closely linked to cognitive decline than are amyloid plaques. Thanks to our funding, A4 and LEARN are among the first clinical trials to utilize tau PET brain imaging to track disease progression.

We seek philanthropic partners to help us maximize the impact of both groundbreaking studies. Data from another clinical trial indicate higher doses of solanezumab may be more likely to slow the progression of Alzheimer's disease. The A4 team has quadrupled the dosage of solanezumab being given to A4 participants, and the trial has been extended from three to 4.5 years to ensure a sufficient period of observation. The Association has committed $2 million to extend observation of the LEARN cohort and tau PET imaging for both cohorts by 18 months as well. This will result in even more data being generated and deeper insight into the development of Alzheimer's, including new and/or more accurate therapeutic targets for preventing or stopping its progression.