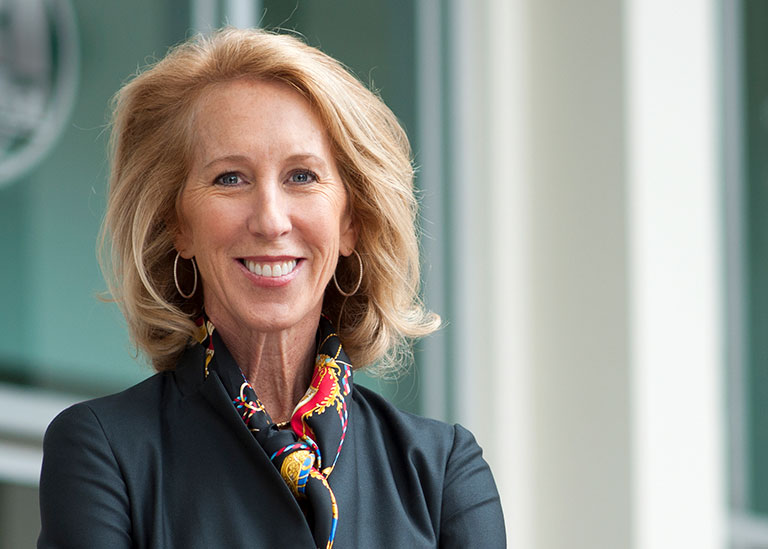 Michaela “Mikey” Hoag and her father lived on opposite coasts of the United States when he was diagnosed with early-onset Alzheimer’s disease. Unable to help with his daily care and unwilling to sit idle, the Silicon Valley resident decided she had two choices. “I could ignore the problem or I could do something about it,” Mikey says. “And when my mother started to show the signs of the disease, I knew I had to kick it in gear.”

Over the past 20 years, Mikey has lost both of her parents to Alzheimer’s, and she has made it her life’s mission to end the disease so that the next generation is not impacted the way she and her siblings have been. In 2004, Mikey and her husband Jay pledged their first $1 million gift to the Alzheimer’s Association’s research program, placing them as members of our Zenith Society.

In 2012, Mikey partnered with the Association and a steering committee of women affected by the disease to launch the first Part the Cloud Gala. Since then, Part the Cloud has evolved into much more than a star-studded fundraiser — it’s a movement to transform progress in Alzheimer’s research.

"The possibility of solving this disease is real and within our generation," Mikey says. "I know that I can raise money, and I'm confident in the Association's ability to invest the funds in the most meaningful ways."

"I couldn’t be more thrilled to see how Part the Cloud has grown,” Mikey says. "I am continually amazed by this program’s impact on the growing Alzheimer’s and dementia therapeutic pipeline."