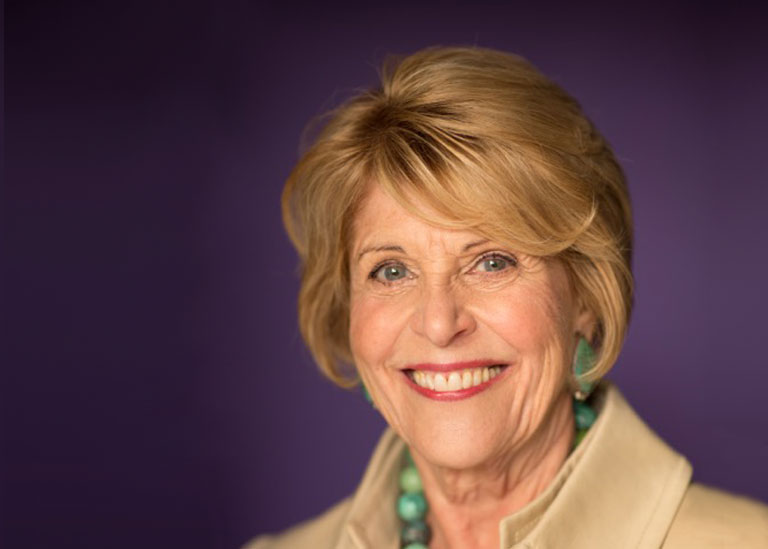 Few individuals are as actively engaged in the Alzheimer's movement as Dagmar Dolby of San Francisco, California. Dagmar became acquainted with the Alzheimer's Association in 2011 after her late husband, sound pioneer Ray Dolby, was diagnosed with the disease. She learned about its comprehensive offering of programs and services through the Northern California and Northern Nevada Chapter — and about its leadership in research by attending that year's Alzheimer's Association International Conference® (AAIC®) in Paris.

"I saw all of the work the Association was doing — and supporting their efforts became the most obvious way to contribute to the cause," she says. "And once I started learning more about the disease and meeting others who were affected, I began to find my voice as an Alzheimer's advocate."

In 2012, Dagmar and Ray made their initial $1 million gift, joining the Zenith Society. Later that year, Dagmar went public with Ray's diagnosis at her local Walk to End Alzheimer's®, and she has organized a team annually ever since. Recognizing the importance of public policy, Dagmar has built relationships with Bay Area Congress members and attended the Alzheimer's Association Advocacy Forum in Washington, D.C., to encourage legislators to give the disease the attention it deserves. She continues to invest in the International Research Grant Program and generously supported the Part the Cloud Challenge on Neuroinflammation.

"It feels good to speak out about this dreaded disease, especially if it helps those battling it, and to contribute to ultimately ending this scourge," Dagmar says.