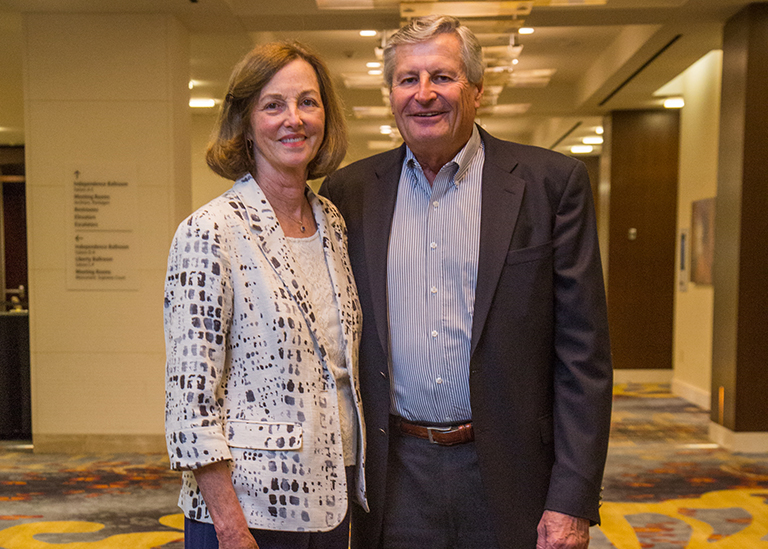 Dick and Marianne Kipper’s fight against Alzheimer’s disease started 25 years ago when Dick’s father, Leo, died from complications of the disease. To honor Leo, the Colorado couple made their first generous donation to the Alzheimer’s Association in 1992 and soon became philanthropic leaders of our movement.

“I wasn’t my father’s primary caregiver, but I saw the devastation of Alzheimer’s firsthand,” says Dick, who served with distinction on our national board from 1996 to 2004, taking on the role of chairman in his final two years. “And once you experience the disease in this way, it’s difficult to turn away from it.”

More than a decade after Dick’s board tenure, the Kippers continue to lead. The couple made significant investments to help launch the Dominantly Inherited Alzheimer Network Trial Unit (DIAN-TU) and the Vascular Contributions to Dementia study, and Dick is a volunteer co-chair of Step Up the Pace.

“As our society ages, it’s more important than ever that we find a solution to this epidemic,” Dick says. “We are reaching out to people who want to make a difference for future generations across the globe so we truly will have a world without Alzheimer’s.”