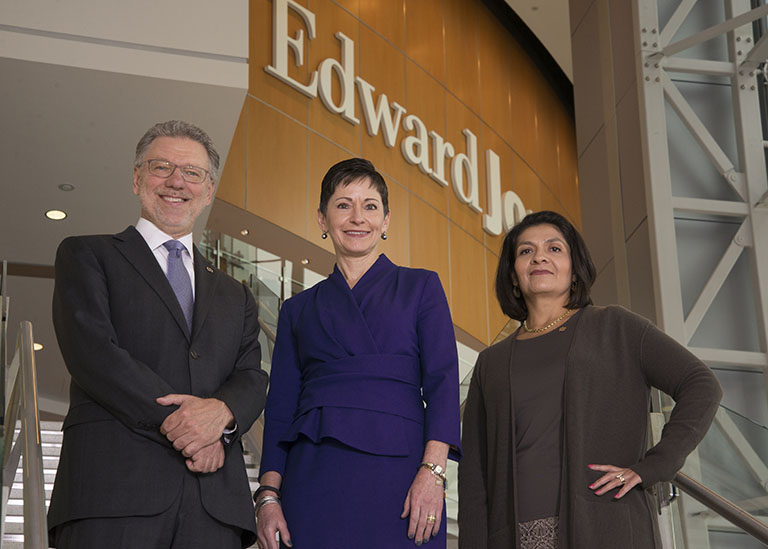 In January 2016, the Alzheimer's Association announced a historic strategic alliance with Edward Jones, a St. Louis-based financial services firm with 45,000 associates who serve more than 7 million clients across North America. Edward Jones committed cash, in-kind support and associate fundraising that exceeded $5 million over two years to enhance the Association's care and support programs, provide educational seminars and materials on brain health and Alzheimer's disease for Edward Jones' associates and clients in branch offices nationwide, and fund critical Alzheimer's research. The firm extended the alliance in 2017 — earning a Gold Halo Award for Corporate Responsibility and Cause Marketing at the 2018 Engage for Good Conference.

In 2020, Edward Jones renewed its strategic alliance with the Association, committing another $25 million over the next five years to match the $25 million raised since 2016. The total investment — $50 million over 10 years — is the largest commitment ever pledged by a corporate partner to the Alzheimer’s Association.

The multifaceted partnership also includes support of research through the creation of the Edward Jones Alzheimer's Research Fund to accelerate science toward methods of treatment, prevention and, ultimately, a cure. As part of the alliance, Edward Jones has invested with the Association in the Dominantly Inherited Alzheimer Network Trials Unit (DIAN-TU)'s Next Generation and High-Dose Escalation studies and supports the International Research Grant Program. Additionally, Edward Jones is a sponsor of the Alzheimer's Association International Conference® (AAIC®).

"Our purpose at Edward Jones is to improve the lives of our clients, their families and our communities," says Edward Jones Managing Partner Penny Pennington. "Alzheimer's disease devastates relationships and finances - two things we work so hard to protect. We are going to keep walking, educating and advocating until we put an end to this terrible disease."