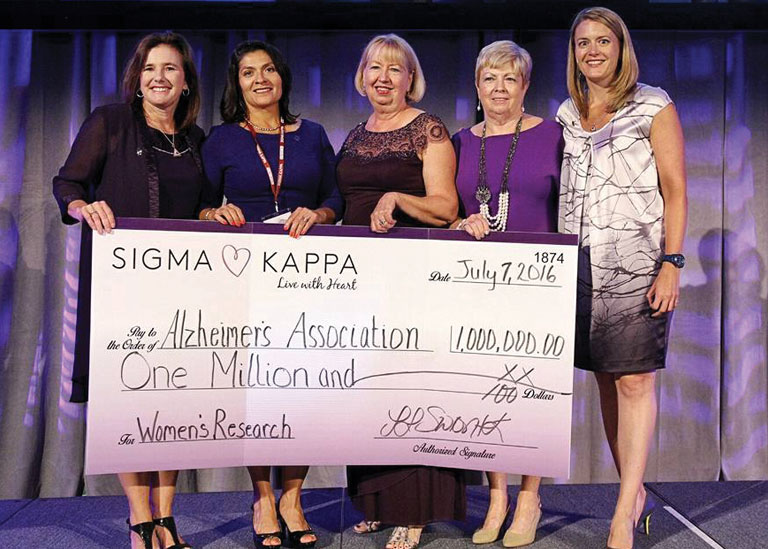 Dedicated to serving the needs of the elderly since the 1950s, the women of Sigma Kappa Sorority were among the first to recognize the growing crisis of Alzheimer's disease. They selected Alzheimer's disease as a focus of their philanthropy and began issuing research grants in 1984. They began partnering with the Alzheimer's Association® in 2000 to advance Alzheimer's research, and the partnership continues to grow to this day, especially in recent years.

In 2014, Sigma Kappa Foundation announced a pledge of $1 million as the first philanthropic investor in the Women's Alzheimer's Research Initiative. Foundation trustee Carolyn Caudell Tieger told her sisters if they could raise half of the pledge in two years, she would match it — and they rose to the challenge in record time.

In 2020, the women of Sigma Kappa announced their second $1 million commitment to the Association’s research program, this time designating their support for the U.S. POINTER study.

Sigma Kappa also supports the full mission of the Alzheimer’s Association as a national team in the Walk to End Alzheimer’s®. To date, Sigma Kappa has raised and donated more than $9 million to advance dementia research, care and support and risk reduction.