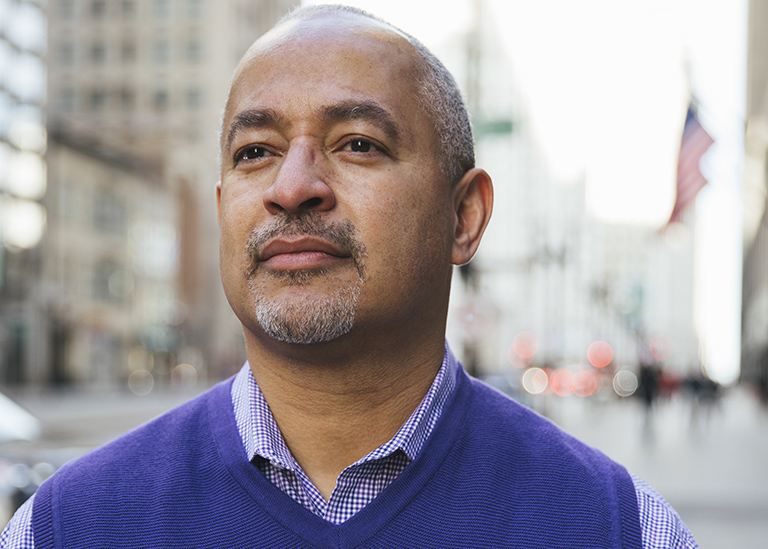 Lou Holland Sr. led his University of Wisconsin football team to the 1963 Rose Bowl and built an illustrious career in asset management until dementia forced him into retirement. "My father was a fighter, but not even he could beat Alzheimer's," says his son, Lou Holland Jr., a member of the Alzheimer's Association Board of Directors.

Following his father's death in 2016, Lou Holland Jr. helped fund an International Research Grant Program investigation into possible genes associated with Alzheimer' s. In 2018 he helped fund an investigation into whether specific genes increase African Americans' risk in developing Alzheimer's-related brain changes. He also participates in the Wisconsin Registry for Alzheimer's Prevention (WRAP) study, the world's largest longitudinal study on adults whose parents were diagnosed with Alzheimer's. Because the study's organizers are now focused on recruiting black/African American and Hispanic/Latino participants, he speaks to these communities about the importance of clinical trials and advocates for their involvement.

Lou has also played a volunteer leadership role with the Association's advocacy arm, the Alzheimer's Impact Movement. Thanks largely to the efforts of AIM and its nationwide network of champions, Congress has dramatically increased the National Institutes of Health's annual budget for Alzheimer's research.

"I live the Association's vision of a world without Alzheimer's disease every single day," Lou says. "We're in it to win it."