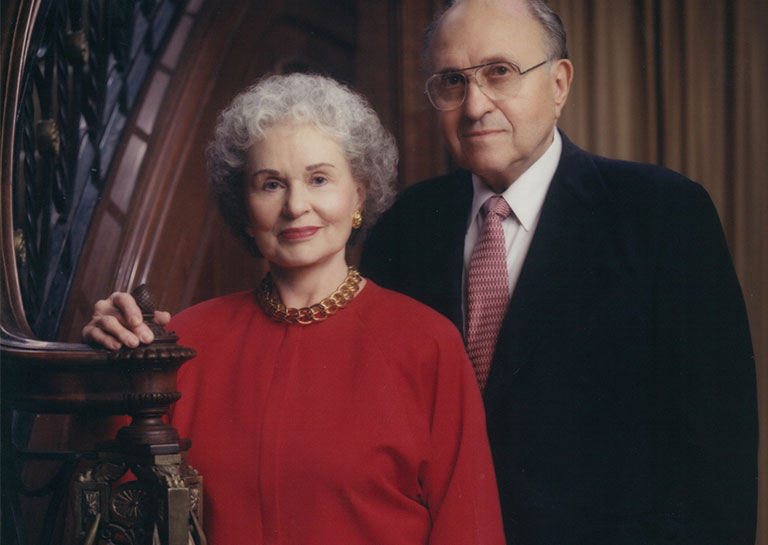 Based in Tulsa, Oklahoma, the Anne and Henry Zarrow Foundation made a $5 million gift — one of the largest ever to the Alzheimer's Association — to advance research in 2015. "We've been very impressed that Alzheimer's research is moving along at a quick pace, and there seem to be breakthroughs that are very close," says the foundation's executive director, Bill Major. "We wanted to make a gift that was large enough to have an impact and hopefully help make some real progress."

Joining the fight against Alzheimer's rose out of the Zarrow family's personal experience: Anne Zarrow was diagnosed with the disease in 1994 and passed away in 2000. During Anne's illness, her family accessed educational programs and support services through the Alzheimer's Association Oklahoma Chapter, enabling them to better cope with the challenges Alzheimer's brought to their lives.

"The Association is a really important organization doing great work," says Anne and Henry's daughter Judy Kishner, who has served on the chapter's board. "We hope that this is going to be the money that finds the cure. Research is not a linear process — it takes a lot of time. The more funds that are available to do the research, the more threads you can be pulling on to see where they lead. Every dollar invested is a dollar closer to finding the right path."

The Zarrow Foundation designated its gift to fund the Zenith Fellows Awards of the International Research Grant Program. "The way the Association has gone about vetting researchers who are focusing on promising areas made us feel like any money we would give is going to the best research," Judy says.